C.E. Alexander counts down our top 25 favorite stories of the year.

First, the case needs to be mostly closed. See our previous remarks about chaos in Ukraine, the Israel-Gaza conflict or the current Ebola outbreak. Otherwise news, essays, studies, videos and graphics were all eligible.

#24 Happy Birthday Facebook, you made me a nervous wreck

Second, we need to have tweeted or retweeted the piece at least once during the year. The list—like any of its kind—will be somewhat diminished this way. For further reading, see some excellent year-end summaries by Longreads and Longform, to name only two.

In one case an otherwise banal article came to life with a sizzling euphemism: “During the operation, a patient would remain conscious so that a surgeon could correctly pinpoint the right nerves.”

#22 Death of the Universe

What most caught our eyes this year were those stories that looked up and out. Perhaps Gravity and Interstellar put us in the mood, but the culmination of ESA’s Rosetta project and the discovery of two new subatomic particles were the true blockbusters of 2014. Take, for instance, this brief, oddly cutesy YouTube clip that demonstrates three ways the universe may come to an end.

What would the NIPS Experiment have to say about this? David Mazières and Eddie Kohler—in response to constant spam from questionable science journals—submitted a paper that repeats “Get me off your fucking mailing list” over and over, through the title, abstract, introduction, main section and summary. The authors were surprised to receive an acceptance letter and peer reviewer’s report, the former of which said “Your manuscript was accepted with minor changes.”

We move from questionable experimentation to the Great Experiment, where the Washington Post draws a map of all major secessionist movements through 2011. Some of the state names are riotous: Forgottonia, Little Egypt, Red Wisconsin/Blue Wisconsin.

A balanced profile of the reverent, racist, 45-year-old programmer who lives with his parents and codes a Bible-based operating system.

#18 The joys of judging the Man Booker prize

What is it like to judge the Man Booker Prize? It sounds intimidating, frankly: “Controversy, sexism and a lot of reading – judge Sarah Churchwell works out what to do now the party is over.”

Who stands to profit from the flagpole-measuring contests between neighboring dictatorships?

#16 Taylor Swift Tops Canadian Chart With Nothing But White Noise

We love this story. An iTunes glitch created an extra file for the electronic copy of Taylor Swift’s album 1989. The file was automatically named Track #3 and featured ten seconds of white noise. Track #3 could very well have been Swift’s nod to experimental composition and briefly topped the Canadian iTunes chart. Don DeLillo, author of the novel White Noise, reviewed the song: “The gravitational pull of nothingness. The silence’s soft ecosystem, nourished by Apples and Cokes and plotted upon plastic products whose names begin with i. On the Internet, it is always spring.”

#15 A eulogy for Radio Shack, the panicked and half-dead retail empire

All businesses face shifting customer preferences and technological obsoleting. But Radio Shack has famously responded to these forces with cruel employee relations and silly procurement decisions. Most of us have sensed it from the outside—the frequent store closings, constant personnel turnover and absurd product selections made it obvious—but Jon Bois drives the point home with a long, sloppily-written, heartbreaking account of his three-year stint as a Radio Shack employee. Among his many anecdotes:

“A friend of mine worked at a RadioShack in a decrepit mall that has since been torn down. There was a restaurant upstairs, and in the middle of the night, its floor collapsed, along with its plumbing. He opened the store the next morning to find it covered in sewage and human waste; to hear him tell it, there were fifty pounds of it all over the place.

“Any reasonable business, of course, would immediately pick up the phone and hire a hazmat team. Our district office ordered my friend to clean it up himself. When he refused, he almost lost his job.”

#14 What Would Make a Woman Want to Marry a Serial Killer?

No, seriously. Why would an intelligent, ambitious woman marry a death row inmate? If this piece is accurate, the answer is less than flattering.

#13 Do we really hate thinking so much we’d electrocute ourselves rather than do it?

By now you have read that study subjects—and the men in particular—would rather give themselves a low-voltage shock than sit and merely contemplate. But are we so contemptuous of our own company that we would seek physical pain to escape it? Tom Stafford, Lecturer in Psychology and Cognitive Science at University of Sheffield, explains the impulsive drive for distractions: “Our minds need to receive stimulus, interact with the environment, or at least have a task to function enjoyably. Thinking is an active process which involves the world.”

#12 Who Wants to Shoot an Elephant?

Wells Tower has written a painful and beautiful account of legal elephant kills, in which the hunters are misguided but not monstrous and the cull, however difficult to watch, offers some positive consequences. The stars of Tower’s sometimes careless report are the living bulls: massive, empathetic beasts, capable of true grief and terrible fury. Moments before a kill the author faced five elephants at once, including an irritated bull: “This is an amazingly pure kind of fear. My arteries are suddenly capable of tasting my blood, which right now has the flavor of a nine-volt battery.”

On July 22, 2011, right-wing Norwegian extremist Anders Behring Breivik set off a car bomb in Oslo, killing eight and injuring over 200 people. Two hours later–dressed in a homemade police uniform and claiming a routine check in the wake of the bombing—he opened a bag of weapons at an island youth camp and killed 77, most of whom were younger than twenty. The rampage lasted for some ninety minutes.

The tribute to his victims is gorgeous, unexpected.

#10 When Animals Fall from the Sky

We accept spiders falling from the sky in Brazil but not sharks in Los Angeles? This Modern Farmer article—quotable from start to finish—prepares the reader for both, and for any conceivable phenomena in between: “Animals have…fallen out of seemingly stormless skies, such as the fish that fell over Marksville, Louisiana, on October 23, 1947.

“Biologist Alexander Dimitrivitch Bajkov happened to be in town. ‘I was in the restaurant with my wife having breakfast, when the waitress informed us that fish were falling from the sky,’ wrote Bajkov two years later in the journal Science. The fish ranged from 2 to 9 inches long and included largemouth black bass, goggle-eye, hickory shad and two species of sunfish.”

A placebo is always the next-best option. Even placebo sleep.

#8 The Season of Renewal and Suicide

I have suspected it for years based on my own moods: depression, anxiety and fatigue can be worse during spring than they are during the holidays. Short winter days may be a source of stress, but so is the glut of light in April. And that says nothing about the springtime allergens.

By now we have all read about the Krakatoa volcanic eruption of 1888, sufficiently loud—if that is the proper word—to reverberate for five days. The sound was born as a shock wave and tapered off into true noise, causing a tsunami that killed thirty-six thousand people. This fascinating Nautilus article offers the explosion its Rolling Stone moment; you half-expect the noise to return and circle the globe once more, this time to sign autographs and sit in on press junkets.

You might want to read that headline again, just to make sure you’re prepared.

Telescopes have glimpsed a diamond as large as a planet, nine hundred light-years away and eleven billion years old. If discoverers haven’t named the heavenly body Lucy in the Sky yet, North Korea has already won.

#4 The Empathy Exams: A Medical Actor Writes Her Own Script

This med student might arrive in my room, stay straight-faced and tell me that I might go into premature labor to deliver the pillow strapped to my belly, or nod solemnly as I express concern about my ailing plastic baby: “He’s just so quiet.”

In the wake of James Foley’s killing, Tom Peter–himself briefly kidnapped in Syria–questions whether war reporting is worth the risks. “Never before have Americans disliked journalists as much as they do now. Political coverage, which tends to be most contentious—and also to most influence perceptions of the press in general, thanks to its prominence—remains relentlessly even-handed…. Yet readers believe the opposite. In a 2011 Pew Research Center survey, two-thirds of respondents said that news stories are often inaccurate. About a third said the news media is ‘not professional.’ Forty-two percent described the news media as immoral.”

There is plenty here to infuriate you, me, and partisans of every stripe. Inevitably libertarians–called out in the title and every meaningful paragraph–took magnifying glasses to Mark Lilla’s essay and disputed the fine print. That seems to entirely miss the point. Lilla is calling for big questions again, not unlike those we asked after the collapse of the Soviet Union: Is this the end of history? What is left of the left? What is ideology and how should we distinguish it from dogma? Today we might ask: How can theocracy, which in some regions is inevitable, become synonymous with good governance? An answer to this question, Lilla argues, “would be a historic, though not necessarily democratic, achievement.” 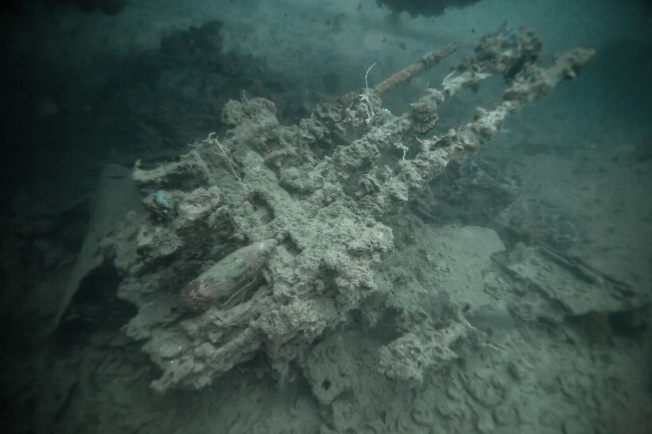 #1 Notes on the Celebrity Data Theft

Of the iCloud selfie breach last August, Nik Cubrilovic writes: “It appears the intention was to never make these images public, but that somebody…decided that the opportunity to make some money was too good to pass up and decided to try to sell some of the images. The first post from this set that I could track down was nearly 5 days to the story becoming public, on the 26th of August. Each of those posts was a censored image with a request for an amount of money for an uncensored version. After numerous such posts and nobody paying attention to it (thinking it was a scam) the person behind the posts began publishing uncensored versions, which quickly propagated on anon-ib, 4chan and reddit. My theory is that other members of the ring, seeing the leaks and requests for money also decided to attempt to cash in thinking the value of the images would soon approach zero, which lead to a race to the bottom between those who had access to them.”

As we wrote in September, what has happened is “an unexpected crash in the market for nude celebrity selfies [that] reveals just how deeply the hacker community has cut.”